Russian pole vaulter Isinbayeva is a two-time Olympic gold medalist (2004 and 2008), a three-time World Champion (2005, 2007 and 2013). She's the current world record holder in the event, and is widely considered the greatest female pole-vaulter of all time. And this raven-haired beauty is one of our favorite sporting lasses. 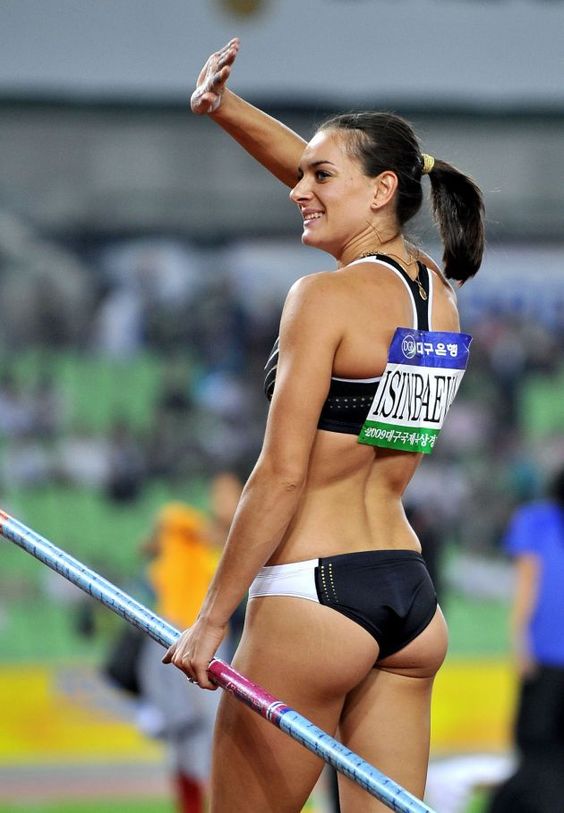